Andy Shaw, owner of the Museum of American Fencing  showcases his display for Janice York Romary

National Champion Janice Lee York Romary was a participant in the well-known TV program, “TO TELL THE TRUTH” on May 7.  Three of the four panelists were unable to spot Jan as the national champion and former escrow officer of a bank, against the artful fibs of her co-participants.  Jan’s share of the prizes was donated to the AFLA’s international fund. 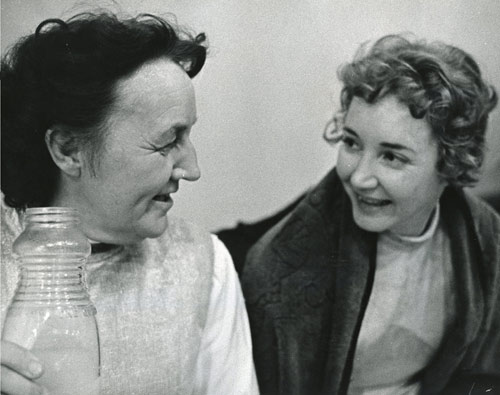 Women’s foil Team for U.S. at the Copenhagen World Championships in 1952.
Standing is Polly Craus and seated from l to r is Paula Sweeney, Jan York Romary and Maxine Mitchell.
Missing from photo is Bess Aboulafia. 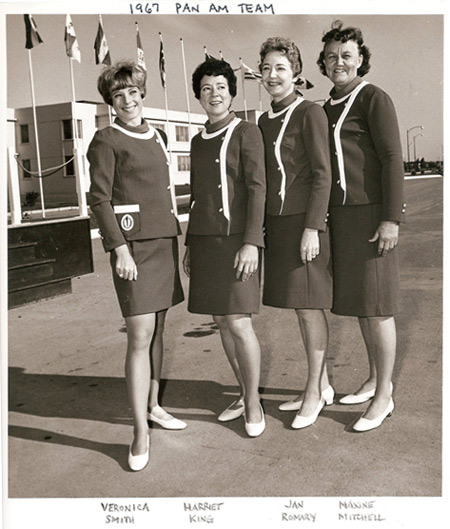