Donna Stone, Olympian and champion epeeist from New Jersey.  Donna Stone was 5th in the world in 1989.

Donna Stone followed a stellar finish in the 1989 world championships with her first division 1 women’s epee national title in three years Thursday at the 1990 US Fencing Association National Championships at the Salt Palace Convention Center. Stone, a 33 year old physical therapist from Belleville, N.J., finished fifth in the 1989 world championships—the best by an American woman in more than four decades. She entered the US meet as the nation’s top-ranked competitor in women’s epee. Down 4-3 in the final bout of her best-of-three semifinal match against Sue Badders of Portland, Ore., Stone took the last two touches to win the match. 5-4, 4-5, 5-4. She had less trouble in the finals against sixth-ranked Barbara Turpin of Portland, winning the slower bout by a straight two-bout score of 5-1, 5-2. The New York fencers club won its second team title of the national tournament as it recaptured the men’s team foil championship it lost last year, beating Yale in the final 9-5. The nine-day national championships continue today wit the finals in the women’s team epee and division 2 saber. The division 1 men’s epee is set for 5:30 p.m., Saturday, with the under 19 men’s foil following later that evening. 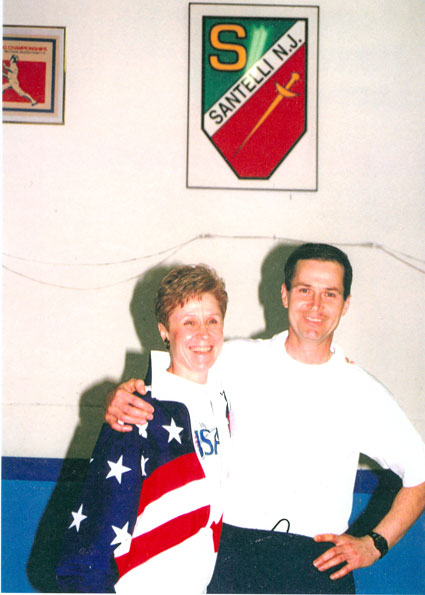 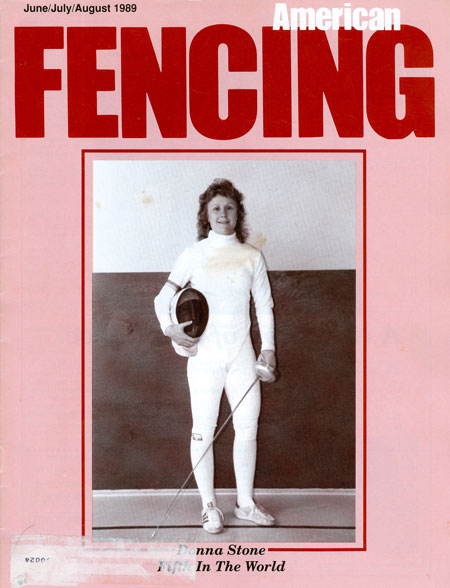